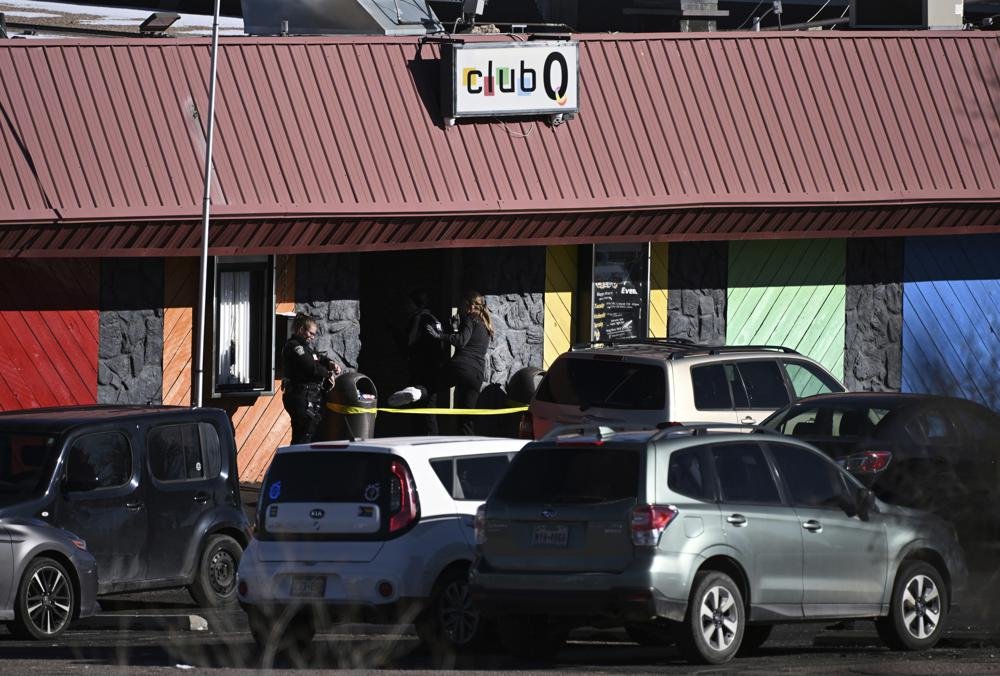 Colorado, sadly, has too often been at the center of the national debate on gun control, given the number of high-profile mass shootings that have occurred here. Our role as newspapers to keep the public informed is vital to our democracy, and never more important than in a case like this.”
Nate Peterson, director of content and digital engagement with Colorado Mountain News Media and editor of the Vail Daily
READ MORE
Why the El Paso County sheriff says he couldn’t use Colorado’s ‘red flag’ law to stop the Club Q shooting

America's Newspapers has awarded a $2,000 grant to the Vail (Colorado) Daily from its Open Government Litigation Fund to assist the newspaper with costs incurred in a media coalition fight to unseal the affidavit of probable cause supporting the warrantless arrest of Anderson Lee Aldrich, the suspect in the Club Q mass shooting.

In a letter to America's Newspapers in which it requested the grant, Nate Peterson, the editor of the Vail Daily who also serves as director of content and digital engagement for Ogden Newspapers' Colorado publications, wrote: "There is intense public interest in this case, and the Ogden Newspapers publications in Colorado are supporting this action in solidarity with other state media outlets."

He added, "The public’s right to know in this case is paramount. The Vail Daily and its sister publications have sharing agreements with statewide outlets such as the Colorado Sun, The Denver Post, and 9News. We are also AP member publications. We are reliant on the reporting these outlets have done on the shooting to serve our readers in our markets. The Sun, the Post, and other outlets should not have to shoulder the financial cost of funding this legal action on their own. "

Since this request was made, the affidavit has been unsealed.

Peterson told America's Newspapers that journalists saw important factors at play in this case.  He said Aldrich was previously arrested in 2021, but charges were dropped and documents were sealed.

The Associated Press reported: "Aldrich was arrested in June 2021 on allegations of making a bomb threat that led to the evacuation of about 10 homes. Aldrich, who uses they/them pronouns and is nonbinary according to their attorneys, had threatened to harm their own family and boasted of having bomb making materials, ammunition and multiple weapons, according to law enforcement documents. They were booked into jail on suspicion of felony menacing and kidnapping."

The judge who dismissed the 2021 kidnapping case warned last year that the defendant had been stockpiling weapons and planning a shootout, and needed mental health treatment or “it’s going to be so bad.”

Despite those warning signs, Colorado’s red-flag law — which allows family members or law enforcement to request the temporary confiscation of firearms from people who pose a threat — was never used, and has never been used in El Paso County, where the Sheriff Bill Elder previously said he would limit his agency’s use of the law when it passed in 2019.

Peterson said the media coalition wanted the affidavit of probable cause unsealed because the public has the right to know what happened following the arrest and why charges weren't pursued last year.

He noted that this is a high-profile case that has drawn national interest.  The Vail Daily sought to stand in solidarity with other members of the media coalition, which included the Colorado Sun, The Denver Post, the Colorado Springs-Gazette and others.

He thanked America's Newspapers for its support in what he called a classic First Amendment case. "The future of newspapers really is working together," he said.  And, the public's right to know "doesn't get any more black and white than this case."

"Colorado, sadly, has too often been at the center of the national debate on gun control," Peterson said, "given the number of high-profile mass shootings that have occurred here. Our role as newspapers to keep the public informed is vital to our democracy, and never more important than in a case like this."

The Open Government Litigation Fund is designed to assist members of America's Newspapers that are engaged in lawsuits supporting the First Amendment rights of newspapers and the public's right to know. America’s Newspapers encourages its members to keep public records open and available to the public. Any members needing assistance for open-records litigation should contact Dean Ridings, America’s Newspapers CEO, at dridings@newspapers.org.