The New Jersey Institute for Social Justice and the ACLU-NJ released “To Record and Protect,” a policy brief calling on State Attorney General Gurbir Grewal to establish a First Amendment policing policy to reaffirm the rights of community members who record police encounters.

June 2, 2021 - Last week, the Washington Supreme Court tried to figure out who counts as a journalist in the digital age. It concluded that just having a camera and a YouTube channel isn’t enough, at least not under state law.

USA Today fights subpoena aimed at readers of Florida FBI shooting story
Newspaper publisher Gannett is fighting an effort by the FBI to try to determine who read a specific USA Today story about a deadly shooting in February near Fort Lauderdale, Florida, that left two FBI agents dead and three wounded.

On Tuesday, June 1, 2021, on behalf of thousands of California journalists, an unprecedented coalition of press associations, labor unions and journalism advocacy groups announced their opposition to a recent amendment made to SB 98, a California state bill originally intended to protect journalists from arrest while covering protests. The coalition includes more than 15 independent groups. 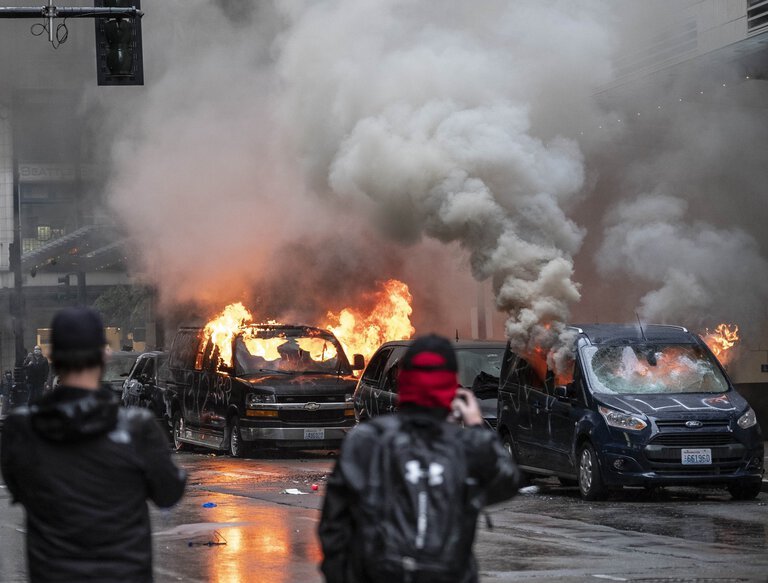 The Seattle (Washington) Times reports that it and four other news outlets have been ordered to  comply with a subpoena and give the Seattle Police Department unpublished video and photos from a May 30 racial justice protest that turned violent.

Editor's Note: America’s Newspapers and its members have a vested interest in helping the general public understand the essential role of a free press. Members are encouraged to publish this opinion piece and the accompanying editorial cartoon — or write their own editorial — to educate the public about this important issue.
On this Independence Day, recalling the Founders' views of a free press
On this Independence Day, it’s worth reflecting on the lessons the Founders have for us as we assess the role and the practices of the news media today. Most importantly, the press and the government may often have an adversarial relationship, but the government must not attempt to delegitimize the press and its work because they are essential to a free society.
Download cartoon and editorial

There is no cost to newspapers to run these materials.

Assaults on Journalists
Assaults on journalists are assaults on the rights of all Americans
In the past, journalists in the USA have been able to safely perform their work, as domestic acts of violence against them were a rare occurrence. However, during the recent protests we’ve seen journalists attacked on Main Streets across America. While some of these assaults can be accounted as inevitable injuries during the fog of civil unrest, many more appeared to be plainly purposeful attacks by police on reporters and photographers openly and lawfully doing their jobs.
Download cartoon and editorial

There is no cost to newspapers to run these materials.

Editor's Note: America’s Newspapers’ advocacy efforts include protecting the ability of newspapers to keep Americans informed with truthful, objective reporting. Members are encouraged to publish this opinion piece and editorial cartoon or write their own to educate the public about this important issue. 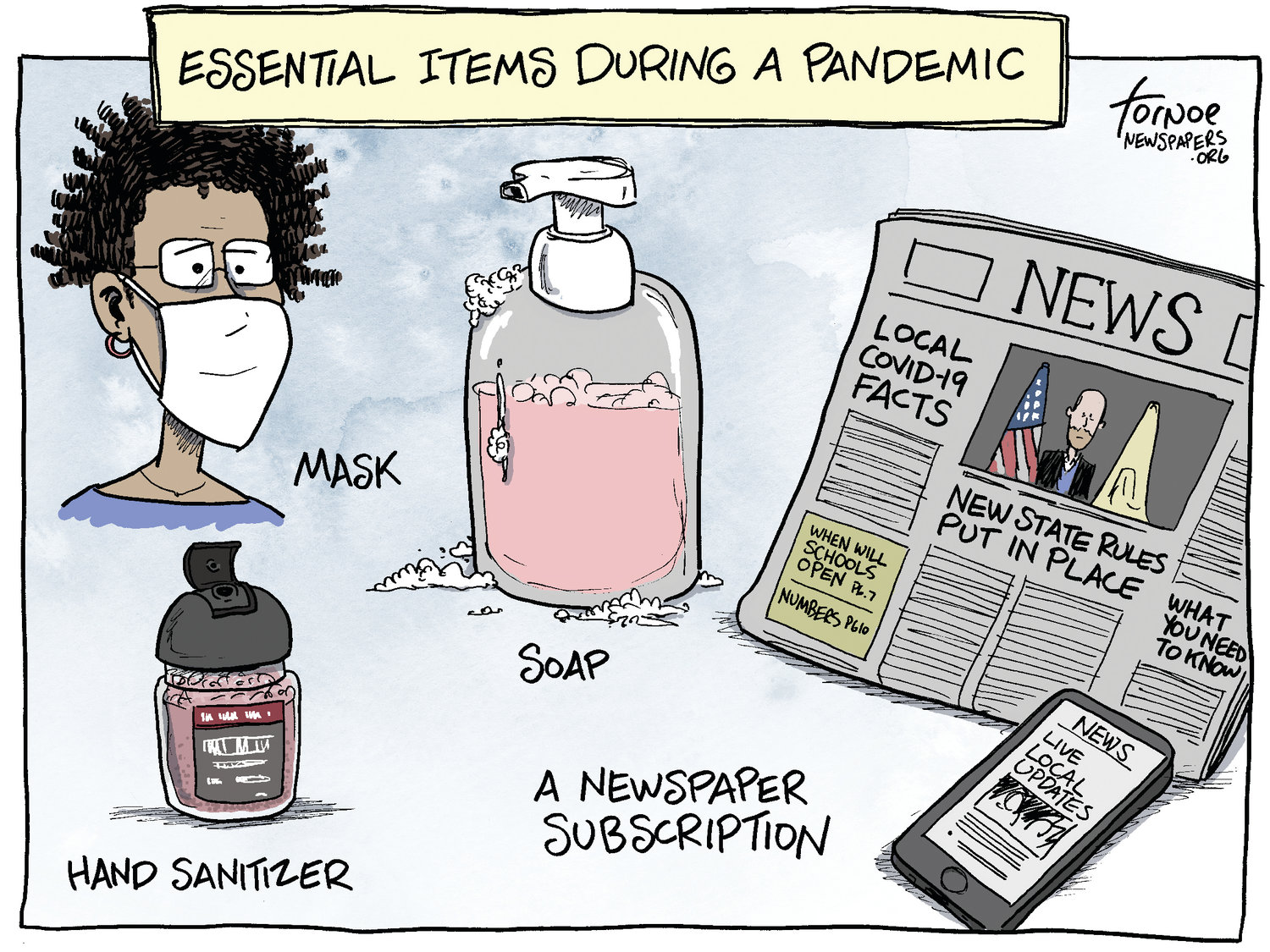 This cartoon is available to all newspapers to use at no cost.

Why Congress needs to support your local news sources in this crisis
While local newspapers continue to field reporters and bring news and advice from public health authorities in print and online — at considerable cost — their revenues have all but disappeared as the businesses that were their most important advertisers were shuttered. That’s why America’s Newspapers and other organizations representing local news providers are asking Congress to take urgent action to ensure you don’t lose your vital sources of timely and trustworthy information.