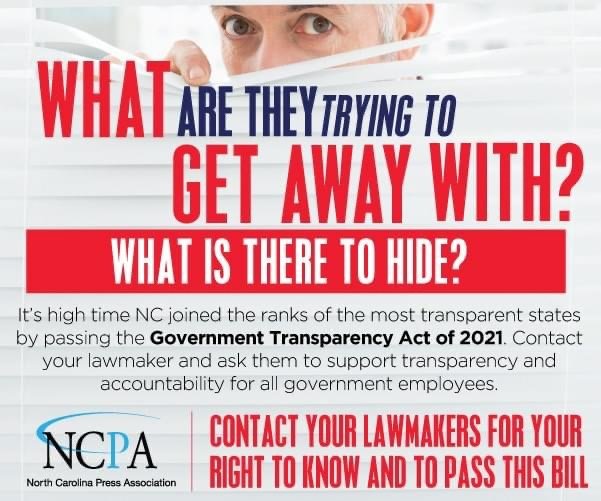 Last week, many newspapers wrapped up coverage of Sunshine Week, a time set aside to promote government accountability through public records and public meetings. In North Carolina, the idea of sunshine has been more aspirational than reality-based. Now though, there is greater cause for celebration than we have seen in a long time, thanks to the introduction on Thursday of Senate Bill 355 — The Government Transparency Act of 2021.