Local digital is a winning formula for new revenue generation 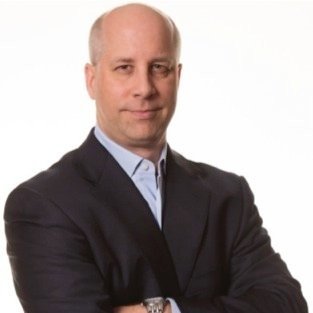 Over 88% of digital owned and operated ad sales come from local or regional advertisers. Whether these are auto dealers, grocers, healthcare providers, financial services, entertainment venues or main street retailers, all of these advertisers want to target their advertising to a local area.

Most media kits include overall print audience as well as digital users. Though the print audience is very local, the digital stats contain users from around the globe. This can be overwhelming to a local advertiser and seem out of touch with the size of the local market.

A large daily newspaper website had over 3.5 million users, however, only 950,000 of those were in the local market. Because this newspaper covered many professional sports teams, much of their user audience was spread across the country and in other countries. Though having 3.5 million unique users is important for national programmatic campaigns, this audience is spread across a large area and may not be as suitable for a local advertiser.

On average, we find that using ZIP code level audience statistics shows that only about a third of users and half of page views originate from a local publisher’s website. For electronic editions, these ratios are much higher, but still just a slim majority. A local area is defined by ZIP codes in and around the primary DMA and secondary DMAs, depending on the part of the country.

Just as a newspaper provides ZIP code level penetration for ROP or inserts, website performance at that same level is becoming increasingly important. An advertiser would not consider putting an ad in a paper that doesn’t reach a local consumer, and digital is no different.

An East Coast newspaper recently sold a digital ad campaign to a regional utility by demonstrating its significant print plus digital penetration in the counties and ZIPs where the utility provides service. This publisher was able to secure a weekly campaign for advertising in both its printed newspaper and electronic edition, as well as on its website. The paper was able to demonstrate print plus digital penetrations over 60% in a specific local area, an easy choice for the advertiser.

By demonstrating a print plus digital audience, in localized areas, most publishers have much higher penetrations than just using print alone. Many publishers do not realize the strength of combining these audiences in their local geographies. This is also more acute for publishers that are not the major daily in the DMA. Newspapers with high print plus digital penetration in the ZIPs and counties surrounding the metro area can, in many cases, have higher total penetrations than the leading daily paper. With print alone, a newspaper may only have an audience penetration in a county of 10%-20%. By combining print and digital, those percentages can be well over 50% and even higher.

Two of the fastest growing verticals for advertising are healthcare and financial services. Both industries are highly regulated by states and need sufficient media reach. A Midwest publishing group needed to provide user and impression information for a health insurance provider represented by a digital agency. This agency required digital data by ZIP code within a specific state. This publisher has multiple websites in the state and when user metrics were combined, its overall print and digital penetration was extremely high in several counties and ZIP codes. The paper secured an additional multi-month digital campaign in addition to the ROP ads it was already receiving.

Upgrading current ROP customers to add digital advertising is a key element of increasing revenue at an effective digital cost per thousand. Newspapers have hundreds of relationships locally from accounts that regularly place ROP or insert advertising. The combined penetration at a county and ZIP code level of print and digital can assist in defending current ROP spends on shrinking penetration, but also expand advertisers to use digital owned and operated advertising programs.

By demonstrating audience reach by ZIP code, county and state across all print, electronic editions and websites, a publisher can solidify its leadership status in the local market.

Tactician Media’s proprietary methodology can help you demonstrate your reach in your markets. If you would like to learn more about DigitalZip, let’s set up a brief call. You can reach us at lszal@tacticianmedia.com or mlombardo@tacticianmedia.com