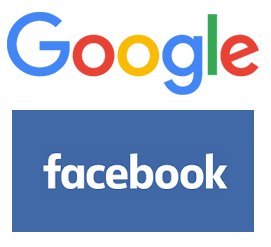 By The Seattle Times editorial board

Congress is doing a tremendous service by scrutinizing the excessive, harmful market power of online platforms such as Google and Facebook.

Recent hearings with tech CEOs revealed as much about the work of House Judiciary Committee members as they did about the executives.

Through detailed questions, members of Judiciary’s antitrust subcommittee — including U.S. Rep. Pramila Jayapal — began putting on the record damning findings they gathered over a year of scrutinizing these companies.

It is past time for the U.S. to address unfair competition by dominant tech platforms, as regulators in Europe and Australia are already doing.

The next step is for the committee to present its findings in a report, which should also call for stronger regulation of platforms with excessive power over American life and commerce.

This important work should be done by early fall, so it can be considered during the presidential election. The report and evidence gathered will not only prepare Congress to act but tee up the issue for the next president to pursue.

This is urgent. Americans are increasingly worried about the spread of misinformation online and the decline of local journalism.

Four in five Americans now believe the online spread of misinformation is a major problem, according to a poll released last week by Gallup and the Knight Foundation.

Yet the free press is being suffocated by unfair business practices of giant platforms, particularly Google and Facebook. They make billions siphoning content, advertising and readers without fairly compensating news organizations that invest in local reporting.

As the platforms surged over the last 15 years, half the nation’s local journalism jobs and a quarter of its newspapers were lost, leaving much of the country with little to no local news reporting.

By stifling competition in the advertising business, these platforms also hurt consumers, who pay higher prices for goods when monopolies drive up advertising prices.

Jayapal, a Seattle Democrat, highlighted such harms during her rigorous questioning of Sundar Pichai, chief executive of Google parent company Alphabet, during a July 29 hearing.

She used the opportunity to explain how Google’s excessive control over the digital ad market threatens the survival of independent newspapers such as this one.

“It’s running the marketplace, it’s acting on the buy side and it’s acting on the sell side at the same time, which is a major conflict of interest,” she stated. “It allows you to set ad rates very low as a buyer of ad space from newspapers, depriving them of their ad revenue, and then also to sell high to small businesses that are very dependent on advertising on your platform.”

Jayapal, a former Wall Street analyst, equated the situation to insider trading. Unlike the stock market, there’s no regulation of Google’s ad exchange market, she noted.

Jayapal can play an important role in antitrust issues and preserving the press, particularly because of her influence with House progressives, said Craig Aaron, co-chief executive of Free Press, a nonprofit advocating for independent media and an open internet.

Another straightforward way for Jayapal to support the free press would be to co-sponsor the Local Journalism Sustainability Act.

Longer-term, survival of the free press may depend on stronger regulation to address unfair competition in digital advertising and prevent further media consolidation.

It is important for Washington’s delegation to be heavily involved in this conversation.

All of the large platforms being scrutinized — including Amazon, Google, Facebook and Apple — have major engineering centers employing tens of thousands in Seattle, including Amazon’s headquarters. They are valued employers and a cornerstone of Washington’s economy.

That doesn’t mean Jayapal and other representatives must go easy on them.

But they should be influential in pursuing stronger regulation and increasing competition. They can bring a nuanced perspective to the policymaking, draw on regional expertise in competition matters and reflect the importance of these issues to their constituents.

Congress is right to pursue stronger regulation of dominant tech platforms. This work will benefit all Americans if it restores fair competition, helps sustain the free press and nurtures a diversity of news sources for voters and communities across the nation.