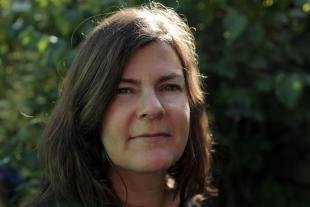 Ayres comes to the position with a diverse portfolio that spans nearly two decades and several continents, with bylines from Ukraine, Russia, Afghanistan, Europe and India. Her coverage of Ukraine includes on-the-ground reporting of the 2004 Orange Revolution, the 2014 Maidan protests and their impact on Ukrainian politics and civil society, the Russian annexation of Crimea and the devastation from the ensuing war in eastern Ukraine between Kyiv forces and Russia-backed separatists.

Ayres was the Moscow Correspondent for the Los Angeles Times from 2017 to 2020. From 2020, she was a Dallas-based reporter for Spectrum News in Texas, where she reported on state and national politics, the immigration debate along the U.S. southern border, and the COVID-19 pandemic. Ayres previously worked for the AP in the Miami bureau in 2002.

In addition to reporting and writing, Ayres has extensive experience in journalism teaching and training. She has taught journalism at the American University of Afghanistan in Kabul and was a visiting professor at the India Institute of Journalism and New Media in Bangalore.

Ayres has a master’s degree from Northwestern University’s Medill School of Journalism, and a bachelor’s from the University of Vermont. She was a U.S. Peace Corps Volunteer in Ukraine from 1995 to 1997.