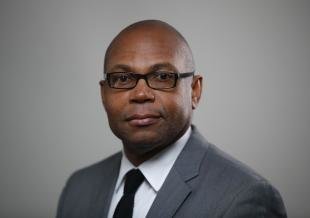 Here is her memo to staff:

I’m thrilled to announce that Ron Nixon has been promoted to a new leadership role: Vice President for News, investigative, enterprise and grants and partnerships. Ron is one of our most innovative, competitive and compassionate news leaders and I’m so pleased that more journalists at AP will get the opportunity to work with him as he takes on his new position.

Ron has most recently led AP’s global investigations team, spearheading numerous award winning projects, including the investigation into abuses in the palm oil industry that was a Pulitzer Prize finalist in 2020. He’s been a champion for innovation and digital storytelling, including helping AP branch into more visual investigations and sophisticated presentation work.

In his new role, Ron will expand his portfolio to include AP’s enterprise team and our work in News on grants and partnerships. The latter will be an extension of the work Ron has long done to help generate new sources of funding for AP journalism and create more external opportunities to expand our reach and promote our brand.

Those of you who have had the opportunity to work with Ron know that he also cares deeply about the people behind our journalism. He’s created a terrific culture of camaraderie and collaboration on the investigative team, and in 2021, he received the News Leader of the Year award from the News Leaders Association.

Ron joined the AP in 2019 after nearly 14 years at The New York Times. He is co-founder of the Ida B. Wells Society for Investigative Reporting, a news trade organization increasing the ranks, retention and profile of reporters and editors of color. Ron is also a Marine Corps infantry veteran who saw combat in the 1990 Persian Gulf War and was part of the Marine Corps security forces battalion, the security and counterterrorism unit.

Please join me in congratulating Ron!