Pugpig Media Bulletin: Are we at peak subscription? And what makes a good push notification 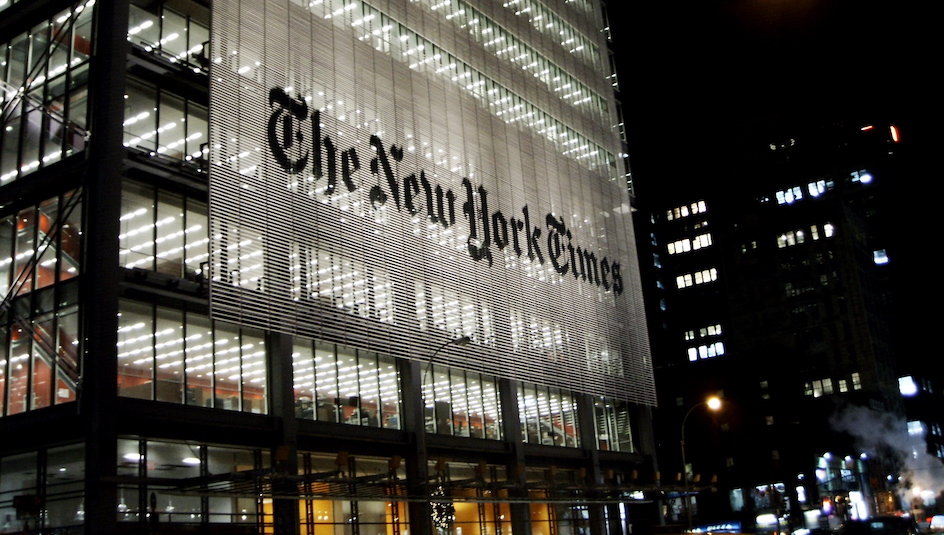 The New York Times has built an incredibly successful digital subscription business, but the concern for many publishers is if they can sustain that momentum in tougher economic times. (Photo by Javier Do / Wikimedia Commons)
Posted Wednesday, September 14, 2022 1:30 pm
Staff | Pugpig

In the Pugpig weekly media bulletin, Pugpig’s consulting services director Kevin Anderson distills some of the best strategies and tactics that are driving growth in audiences, revenue and innovation at media businesses around the world.

Subscriptions have been one of the most important trends of the last decade, driving the growth of news and media brands including The  New York Times, magazine giant Condé Nast and Switzerland’s Neue Zürcher Zeitung. Then, the pandemic super charged subscription rates both for news groups as well as streaming video services. People were hungry for any bit of information they could get during the period of uncertainty. Smartphone use sky rocketed and trust rose. But as Esther Kezia Thorpe of What’s New in Publishing points out, with the economy softening, the concern is that this important source of revenue will take a hit.

Even before that, subs had become a bit of a lazy business model with odd offerings such as BMW's monthly seated heat subscription trying to capture some of the recurring revenue for services that led Amanda Mull to ask in The Atlantic whether we had reached "peak subscription," Esther pointed out. However, like any strategy over-applied, it isn't subscriptions that are the issue but rather the content and products being offered, Toolkits co-founder Jack Marshall told Esther.

And while not a publisher, Netflix lost almost a million subscribers in the second quarter of 2022, and the sense that the streaming giant might be losing steam wiped out 35% of the company's market capitalization in April. And as Esther points out, publishers such as The Washington Post and The Atlantic have been struggling to continue their subscription growth. Highlighting the concerns at publishers, The New York Times recently wrote that subscription growth had stalled at The Washington Post, leading to internal turmoil.

Apart from economic headwinds, there are other issues putting pressures on subscription-based business models. Marshall said that some subscription products were rushed to market. Unlike The New York Times, The Economist, The Wall Street Journal and the Financial Times, which have been fine-tuning their approaches for years, these new subscription businesses didn't fully think through the content or products on offer, Marshall said.

As we have pointed out in the last few issues of the bulletin, subscription-based businesses are now focused on retention and experimentation to keep their subscription offerings fresh. And Esther is right, "challenging times often produce the best innovations."

For Romualdez in the Philippines, she said that putting up a paywall around their digital content felt like "swimming upstream" because so few publishers had them, but she added that they were looking at their data to evaluate what options existed for charging for digital content.

For Budiman in Indonesia, digital subscriptions feel like "spiritual successor of the newspaper" because "(t)hey reach the same segment of influential audience who appreciates high-quality news and has the propensity to pay for it." But he was quick to add that this revenue stream on its own wasn't sufficient to sustain his operations, and he ticked off a range of revenue streams they were exploring from very traditional ones like events to more cutting-edge offerings like research services and NFTs.

In Australia, Chessel said by tightening their paywall, it allowed them to focus less on "fly-bys," visitors with little connection to their brand, and more "on readers who pay for the journalism, which correlates with higher quality stories, analysis, explainers and context." With free offerings like Australian public broadcaster ABC and The Guardian, the subscription offering has allowed them to focus on quality rather than quantity.

All and all, it's a fascinating insight into the role that digital subscriptions play in different markets.

The challenges in creating a successful push notification strategy

Push notifications can help drive engagement with your app, and Pugpig has the data to prove that. But research by The Associated Press shows the nuance involved in a successful strategy. As Reynolds Journalism Institute fellow Virginia Arrigucci writes, send too few push notifications, and your app can drift into irrelevance for users. But if you push too often, users might silence your app. She summarized research by The Associated Press that highlighted some of the challenges that their journalists faced in trying to successfully engage audiences with push notifications. These included:

The Associated Press has been incredibly generous in sharing this research, and this report provides you with a wealth of ideas for making your push notifications more effective across a range of measures.

Here are some of the most important headlines about the business of news and publishing as well as strategies and tactics in product management, analytics and audience engagement.

Sign up to get the Media Bulletin in your inbox.