It’s House vs Senate in Florida 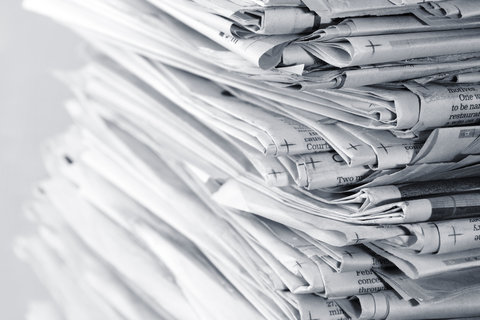 Newspaper publishers from across the country are watching the moves taking place in the Florida legislature.  The Public Notice Resource Center reports that one of the primary concerns to be addressed during a hearing scheduled for Thursday, April 8, concerns the type of free newspapers that may qualify to carry notices.  This hearing on SB 402 is scheduled in Florida's Appropriations Subcommittee on Criminal and Civil Justice.

Rep. Randy Fine’s (R-Palm Bay) House Bill 35 passed the Florida House on March 18 by a lopsided, almost party-line vote of 85-34. HB 35 would move all notice from newspapers to “publicly accessible websites and government access channels” — as a practical matter ending the long tradition of newspaper notice in the state.

But Rep. Fine’s bill was expected to pass the House, as it did in both 2019 and 2020. The question was always the Senate. Would HB 35 stall in the upper chamber like it did the last two sessions?

According to local sources, it now appears that it will. But instead of simply letting Fine’s bill die, the Florida Senate seems inclined to pass its own public notice legislation in 2021. And although it’s far from ideal, the latest version of the Senate’s public notice bill is an improvement over HB 35.

When Sen. Ray Rodrigues’ (R-Fort Myers) Senate Bill 402 was originally introduced, it was a rather odd piece of legislation. It authorized state courts to publish notices “in any civil or criminal case” on the state Supreme Court website in lieu of newspaper publication. It also authorized the Court to charge fees of up to $500 per notice, which would be used to aggregate and publish data “regarding restitution, fines and fees owed by nonviolent felons to victims and the judicial branch”.

After encountering resistance to having the state’s highest court serve that administrative role, Sen. Rodrigues (pictured above) amended the bill, shifting the publication and data-gathering duties to the Florida Association of Court Clerks and Comptrollers.

But the version of SB 402 eventually approved two weeks ago by the Judiciary Committee on an 8-3 vote was a completely different bill. It expanded its reach to all government and court notices in the state, largely mimicking the expansiveness of Fine’s bill. Most importantly, though, it dropped all reference to the posting of notice on government websites. In its current form, SB 402:

The bill would retain the current statutory requirement that all notices published in a newspaper would also be required to be posted, at no extra charge, on the newspaper’s website and on the Florida Press Association’s statewide public notice site. Free re-posting on the FPA site would also be mandated for notices published only on newspaper websites. Finally, SB 402 would also require FPA to consult with the Black Press Association to ensure that minority populations “have equitable access to legal notices that are posted on the internet.”

It is widely expected that SB 402 will be amended again this Thursday, when the next hearing on the bill is scheduled in the Appropriations Subcommittee on Criminal and Civil Justice. One of the primary concerns to be addressed is the type of free newspapers that may qualify to carry notices.

If SB 402 is eventually approved by the Senate, the differences between it and Fine’s bill would have to be worked out in conference committee. In that scenario, the best hope for Floridians would be for the two chambers to reach an impasse and fail to agree on a compromise before the legislature is scheduled to adjourn on April 30. The second least-worst option would be for the conference committee to dump HB 35 in favor of SB 402.

It’s going to be an unsettling, consequential month for newspapers in the Sunshine State. The future of public notice hangs in the balance.