In Indiana, future of notice arrives earlier than expected 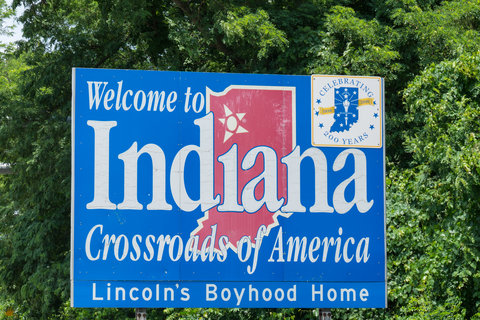 Staff | Public Notice Resource Center
By the time Indiana’s 2020 legislative session had ended, the Hoosier State Press Association promised leadership in both chambers it would begin working on a proposal outlining what notice in the state might look like in a future in which print newspapers were no longer its primary vehicle. Like other state press groups, HSPA would prefer to keep public notice in newspapers, where they belong. But the newspaper group was bowing to reality, according to Executive Director Steve Key. After mostly holding off 91 bad public notice bills in the past 21 legislative sessions, even erstwhile supporters in the legislature were telling Key it was time to look to the future.

Key’s commitment was to deliver a proposal this summer, after the 2021 session had ended, that would prepare the state to eventually move statutory notice from newspapers to newspaper websites. Unfortunately, HSPA didn’t get that much time. Early in 2021, Sen. Jim Buck (R-Kokomo) introduced a bill that would amend all existing public notice statutes requiring multiple publications in a newspaper, including foreclosure notices. Sen. Buck’s Senate Bill 332 would authorize local governments to post all but the first notice on their own websites as an alternative to newspaper publication. SB 332 passed the Senate in mid-February by a 39-7 vote.

Sen. Buck’s bill then moved to the House, where it was reported out of committee after a hearing on March 24. It was subsequently amended to exclude foreclosure notices and last Tuesday it passed the House in that amended version by a 93-0 vote. (The House amendment also requires HSPA to do what it had already promised, i.e., “to submit a written report to the legislative council not later than October 1, 2021, with recommendations regarding publication of notices on political subdivision Internet web sites.”)

Bankers in Indiana weren’t happy about losing the foreclosure piece of the bill, and when the amended version was sent back to the Senate last week, Sen. Buck filed a motion to dissent to the changes. The bill now goes to conference committee, and it appears the future of a significant portion of the public notice ads that presently run in Indiana newspapers may no longer wait for HSPA’s recommendations.

“As HSPA prepares potential legislation for the 2022 session,” said Key, “we hope to convince the leadership that public policy should continue to embrace the four key elements of effective public notice — accessibility, verification, archivability, and an independent conduit for the distribution of those notices to the public.”