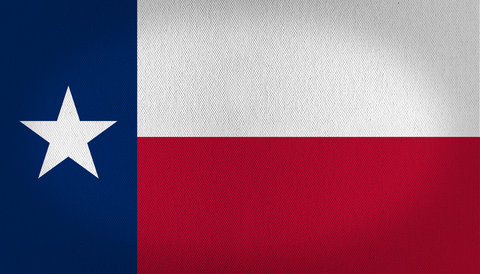 Legislators in Texas have introduced at least 20 separate bills this session that could have an impact on public notice. Fourteen were introduced last month alone.

About two-thirds of the bills would curtail newspaper notice and half of those would either completely eliminate or substantially reduce what is still the most effective means of providing local citizens with official notice. Most of the bills would move notice to local government websites. A couple envision a role in the distribution of notice for the state comptroller, who has never expressed an interest in that assignment. House Bill 2578, for example, would require the comptroller to build and maintain a statewide public notice website as an alternative to distribution via local newspapers.

Other Texas bills seeking to eliminate or reduce newspaper notice are more vague about the ultimate destination of the notices. House Bill 1030 would authorize the publication of notice by “alternative media,” including social media, school newspapers or homeowners’ association newsletters, while House Bill 1050 would simply move them to a “third-party Internet website.”

Fortunately, the volume of bad public notice legislation in Texas doesn't necessarily foretell a negative outcome in the 2021 session. But it does indicate a serious problem with how some of the newer members of the state legislature approach the issue, according to Texas Press Association Executive Vice President Donnis Baggett.

Baggett told us last week the worst legislation is mostly the handiwork of a “suburban cadre” of young conservative politicians from the metro areas that increasingly dominate the Texas legislature. “In many cases these folks represent suburban districts that no longer have their own newspaper and they resent having to run notices in the big-city dailies,” said Baggett. “Most of them are under 45 and live on their phones. If they read newspapers at all it’s only when they see a story in their social media feed.”

The legislative flood also ratchets up the pressure on TPA and its members to track and fight the bad bills. It’s why Baggett issued a ringing call to arms last week. “You have the clout to keep anti-newspaper notice bills from becoming law,” he told TPA members in his column in the April TPA newsletter. “But you have to use that clout if you expect to win this existential battle. It’s that simple.”

There are positive signs that newspapers in Texas are rising to the challenge. House Bill 537 — the only significant public notice bill to receive a hearing so far this session — is clearly dead in the water after publishers reached out to committee members prior to the hearing. Thanks to those calls, “the committee ... was very receptive to TPA witnesses,” Baggett told his members.

As the bill’s young, conservative, suburban author ended his testimony, the committee chair said, “Thank you for bringing us this bill. You know that it’s been brought up before, and it hasn’t done well, right?” The sponsor replied: “I did what I was asked to do.” As Baggett explained to TPA members, “some constables in (the sponsor’s) district asked him to file the bill because they consider newspaper notices outdated and inconvenient.”

The only other significant piece of public notice legislation presently scheduled for a hearing in Texas is HB 2578, one of the bills that would deputize the comptroller to build and maintain a website where public notices can be published in lieu of newspapers. That hearing is scheduled to be held this Thursday.