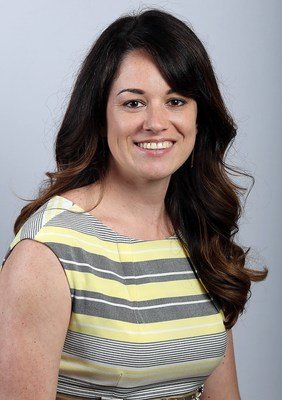 McClatchy has announced the promotion of Stephanie Pedersen to president and editor of The (Tacoma) News Tribune and Washington State regional editor of McClatchy's four newsrooms comprising The News Tribune, The Olympian, The Bellingham Herald and the Tri-City Herald in Kennewick. Pedersen will also serve as president of The Olympian, and begin in her new role at the end of June when she relocates to Tacoma.

Pedersen in the past 12 years has played important roles in news innovation and leadership initiatives at McClatchy. She is currently executive editor and general manager of The Sun News in Myrtle Beach, South Carolina, where she has led the newsroom for four years. Under her leadership, the newsroom has consistently won the state-level press association award for breaking news, including hurricane coverage, as well as the top state awards for its coverage of the local police department's failure to investigate sex crimes against children. Pedersen also played an important role in McClatchy's design-thinking and print and digital innovation projects.

"The Pacific Northwest is one of McClatchy's very important regions, and we're excited to elevate Stephanie to a new role and expand her responsibilities across four Washington newsrooms to produce local journalism that makes a statewide impact," said Craig Forman, president and CEO of McClatchy. "She has been on the forefront of digital innovation and transformation at McClatchy and we are confident that she will continue her record of achievement.''

In addition to its four owned and operated news organizations in Washington State, McClatchy also owns a 49.9% ownership stake of The Seattle Times.

Pedersen has played important roles in piloting new, innovative digital initiatives at McClatchy. She pioneered Newsroom Reinvention and Digital Saturday at The Sun News. These two efforts that adapted digital journalism processes and tested offering news to subscribers exclusively online one-day-a-week, have both been scaled successfully across McClatchy's 30 local newsrooms.

Phelps has led a distinguished career as a copy editor and editor over more than four decades and two McClatchy newsrooms. He spent 19 years in Kansas City, most of it as assistant sports editor, before coming to Tacoma in 1998. Hired initially as sports editor, he was promoted to managing editor in 2008 and into the executive editor position in 2017. As sports editor at The News Tribune, Phelps' team made it to the top 10 daily in the APSE contest six times and top 10 Sunday four times.  He also organized coverage of the Seahawks in the Super Bowl three times and planned the coverage of the 2015 U.S. Open at Chambers Bay.

"As a leader, Dale Phelps has consistently positioned people on his team for success and has built, over time, a strong cohort of journalists and reporting that has fulfilled our vital mission — to produce strong, independent local journalism that is essential to the communities we serve," said Forman. "His contributions have made a significant mark on McClatchy and we are thankful for his efforts and commitment to the work we produce."

Commenting on Rebecca Poynter's contributions, Forman said, "We are very grateful for Rebecca's leadership over the past two years that spanned sales roles in the state of Washington as well as Idaho. Rebecca  is a strong advocate for the mission of local journalism and leaned into her role, connecting with the communities our newsrooms serve and energizing advertising sales teams to meet the needs of local businesses."