Being there. Being present. 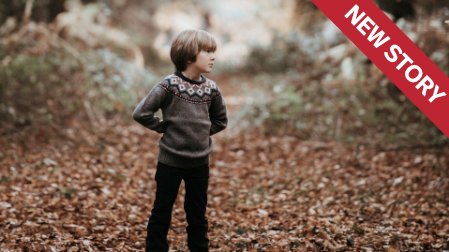 Fifty years ago, autumn in a small town meant the annual coming of age ritual that brings boys and their fathers together: the Pinewood Derby. Long before technology and yearlong organized sports, there was room in the calendar for a month of evenings together, carving, sanding, gluing, polishing axles, and finally christening. Naming a car is a prophetic proclamation; one that would be heard echoing off the musty walls of the Elks Club, the local community center or the basement of the Episcopalian church. There was the chalk leader board, the wooden racetrack clamped on sawhorses and tuned perfectly by old men who’d spent their lives with levels and squares and pencils riding behind their ears. The Red Flash. The Blue Demon. Little Lightning. Speedy Bill. Before the race, the ceremonial walk-around — each car is displayed and confident boys soak in the accolades. The room was full of anticipation. Fathers reliving their youth and watching their sons become men...

In a corner was Scott, alone. No father. His car was a rough block painted red. The front axle was crooked. He stood with his head down. For boys like Scott, the real world seems so out of reach, like it’s spinning away and you’ll never have the chance to get on board no matter how badly you want to. Perhaps the worst experience for a boy of twelve is to be unnoticed. Making the rounds and admiring the craftsmanship was Mark. He noticed. He watched as boys and fathers moved silently past the clumsy red car. He took a few extra steps and stood in front of Scott. “I like the color,” he said. But Scott didn’t look up. He didn’t respond; he nervously tried to fix the axle.

The next time Mark would notice Scott would be at school. The final bell had rung and Scott’s teacher was blocking his way. “You’re too dumb to pass the fifth grade but I don’t want to deal with you anymore,” she said. Scott was looking down. Mark waited. He walked home with Scott that day, no words between them; they just weren’t in Mark’s vocabulary yet. So they walked. Mark would learn years later that Scott’s father was abusive, that is on the rare days when he was home. Scott’s mother left when he was small and Scott spent long hours alone and unnoticed. Soon after that walk, Scott and his father moved away and it would be a long time before Mark saw him again.

There is good counsel on teens recognizing depression and suicidal tendencies in their peers. Most of it begins by noticing and continues with the advice to be there, without judgment. A friend can make all the difference. Mark got married, and in those money-tight years dropped his car off at a neighborhood garage for repairs. That’s when he saw Scott again. “Your shop?” Mark asked. Scott smiled. “Look what I’m working on with my son.” Mark followed Scott through the garage to a corner where a half-finished hot rod rested on blocks, painted a familiar red.

Sometimes the whole world stops on a moment, and lets a boy climb aboard, unnoticed. “It’s beautiful,” Mark said. “Thank you,” Scott replied. “Thank you.”