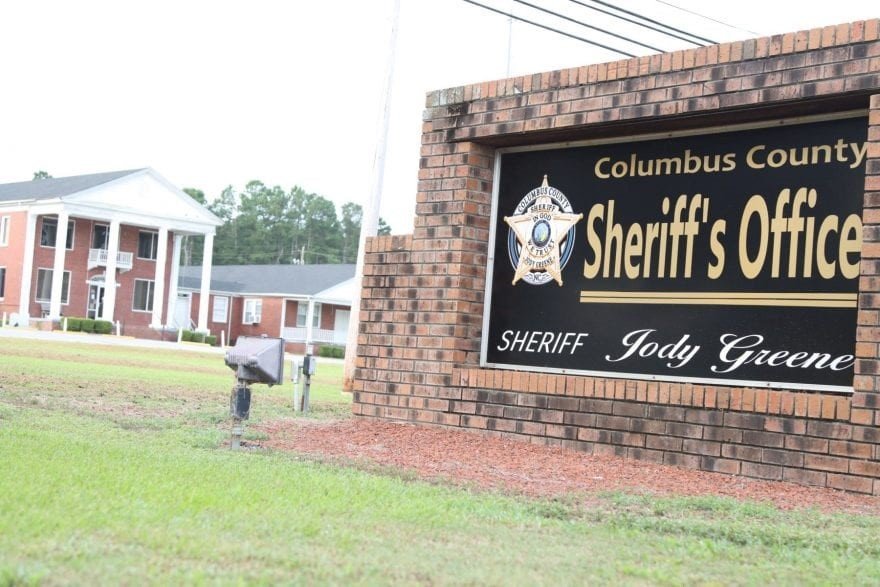 Public officials can’t decide on their own which records are public. We respect that some portions of police investigations need to be conducted in confidence, but the General Assembly has made it abundantly clear that some information is routinely public, even from ongoing investigations.”
Les High, publisher, The News Reporter

America's Newspapers has awarded a $5,000 grant to The News Reporter in Whiteville, North Carolina, from its Open Government Litigation Fund to assist the newspaper in a lawsuit filed against the sheriff of Columbus County for withholding incident reports.

The lawsuit was filed in late September and the case is expected to be heard in January 2021.

In its request to America's Newspapers, Publisher Les High said: "The sheriff has chosen to release only reports that have been cleared or where an arrest has been made, which is contrary to North Carolina Public Records statutes."

The News Reporter is being joined in its suit by three additional plaintiffs: Wilmington television stations WECT (Gray Television) and WWAY (Morris Network), as well as a small, independent weekly, The Tabor-Loris Tribune.

The lawsuit was filed after the Columbus County Sheriff's Office stopped including incident reports among the records released to the media.  The sheriff's office told the newspaper that the department does not intend to provide any information about unsolved or open cases because it could interfere with investigations.

"Public officials can’t decide on their own which records are public," High says.  "We respect that some portions of police investigations need to be conducted in confidence, but the General Assembly has made it abundantly clear that some information is routinely public, even from ongoing investigations. A sheriff’s office that doesn’t feel it needs to abide by well-established provisions of North Carolina public records law should give any citizen pause. It’s also interesting to note that the sheriff’s new policy came immediately after an editorial that was critical of his performance."

While High said this isn't a great time to spend money on legal expenses, he said: "We just didn't feel like this is the kind of thing that could go unchallenged." He expressed his appreciation for the help received from the Open Government Litigation Fund established by America's Newspapers, saying: "$5,000 might not seem like a lot of money to some newspapers, but to small independents like ours, this is extremely helpful."

Amanda Martin, who is representing the four media plaintiffs, said the sheriff's new policy conflicts with state law.  In a letter to Columbus County Attorney Amanda Prince, Martin cited N.C. General Statute Chapter 132-1.4, which — under subsection C — lists the information that shall be public, including "the time, date, location and nature of a violation or apparent violation of the law reported to a public law enforcement agency."

CCSO Sheriff Jody Greene said incident reports are being withheld because the department "has received a vast number of complaints from the general public" who fear "reporting a crime due to their personal information being released prior to the conclusion of the investigation."

In an editorial published September 25, The News Reporter argued: "Only in extreme cases where someone's mental or physical health or the personal safety of a material witness is threatened or an investigation potentially compromised may information be withheld from the public.  This exception is rarely used.  In fact, the statute takes withholding such information so seriously, it provides a mechanism for an immediate hearing where a judge decides if the information can continue to be withheld."

The editorial further noted that the "timing of Sheriff Greene's new 'policy' is suspect.  The sheriff's office stopped sending incident reports the day The News Reporter published an editorial critical of the sheriff."

That September 4 editorial called on the sheriff to rein in threats and rhetoric and to "act in a manner that earns respect rather than trying to evoke fear and intimidation against law-abiding citizens and officials who happen to disagree with him."

The Open Government Litigation Fund is designed to assist members of America's Newspapers that are engaged in lawsuits supporting the First Amendment rights of newspapers and the public's right to know. Learn more