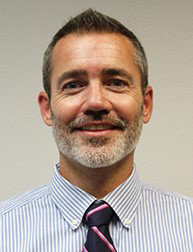 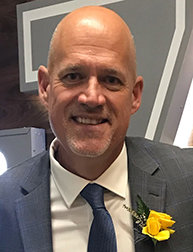 “I’m very pleased about this new leadership team. JJ and Billy have tremendous industry experience and will work as a team to provide great direction for NMC. JJ has extensive experience growing revenue in digital and in operations, while Billy is a tremendous leader with over 25 years of local operational success running the Brooking Register and other operations within NMC as a group publisher,” said John Tompkins, who owns more than 50 publications in eight states.

JJ began working at NMC in 2002 after graduating from  the University of Arizona. After serving as sales representative for the Ogle County Life, he took on general manager duties of the Atascadero News from 2003-2006. He came back to Illinois to take the position of NMC marketing director in 2006 for several years and then in 2017 also was called on to help out operations as a group publisher in California. In 2018, JJ began serving as group publisher of the Arizona publications before being named NMC chief revenue officer in October 2019.

Tompkins resides in Belvidere, Illinois, with his wife, Lindsay and their three daughters. “I am very excited to lead our family company into the future. Teaming up with Billy and all our dedicated employees is very exciting. Having grown up in the newspaper business and working in all departments, has given me a unique perspective. I saw how selective NMC was in our growth, we were passed the torch from other family owners to maintain the best local journalism standards we could locally, for each respective market we are in. I do not take that lightly and plan to make sure all of our local readers receive the most relevant local news and in the most convenient way to them.”

McMacken, who has worked his entire 32-year multimedia publishing career in Brookings, will oversee the company’s entire operation. He began his newspaper career as a reporter in Brookings and also worked as sports editor, managing editor and also did a stint in advertising sales from 2000-2002. He has served as the Register’s publisher for the last 20 years and has also helped the company in various roles at properties outside of South Dakota.

“I feel ready for this opportunity. My overall experience in multiple departments will bring a unique perspective to guiding the corporation as a whole,” said McMacken.

McMacken is married to Carley, and they have two children — Camden (8) and Kendall (6). McMacken also has a son, Thomas (25), who lives in Sioux Falls.