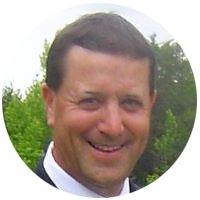 Mike Martoccia serves as vice president of digital sales and marketing for Adams Publishing Group, originally joining the team as a consultant in February 2020. In this role, he oversees digital revenue development across all APG markets, as well as sales training/enablement and the High Road Agency, APG’s internal digital organization.

With more than 28 years in the industry, Martoccia has served in a variety of diverse leadership positions. Prior to taking on his current role, he spent five months as a corporate digital marketing consultant to APG, assisting APG's 130 media companies across 20 states. Over the course of his career, Martoccia has worked in various capacities for McClatchy, BH Media Group, CNHI Media, Civitas Media and the Local Media Association. He spent nearly 10 years with McClatchy in digital marketing, advertising and event marketing leadership at The Charlotte Observer & The Herald Media Group. During his time there, he led national and company-wide award-winning teams responsible for digital sales development and marketing campaigns. At CNHI Media, he managed the Indianapolis team and was an integral part of in-house agency XL Marketing, before being promoted to regional publisher for the north Texas markets.

Martoccia has always been extremely involved in the industry and his community. He has facilitated dozens of programs for the Mega-Conference, America’s Newspapers, NNA, NYPA, HSPA and more. At home near Charlotte, he volunteers at his church and has coached youth sports. He and his wife, Susan, have three children. The couple enjoys hiking in the nearby mountains of North Carolina and just about any adventure that involves exploring new destinations.