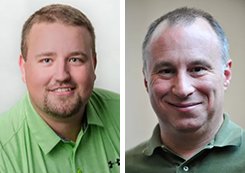 A trio of Gannett publications tucked into North Carolina’s Piedmont area – The Times-News in Burlington, The Courier-Tribune in Asheboro and The Dispatch in Lexington — recently underwent some leadership changes.

Following the transition to his new role, Little stepped down as market leader in Asheboro. Market leaders organize work groups within a publication team so that it remains responsive to the community.

Donnie Fetter, the executive editor for the three sites, and Joe Tranquill, regional circulation operations manager, will also serve as co-market leaders at those locations. Tranquill will manage operations while Fetter will work with the public.

Read more from The Times-News