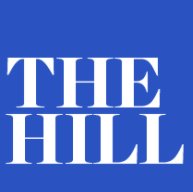 Sen. Amy Klobuchar (D-Minnesota) asked to pull a committee vote on a bill aimed at giving news outlets the ability to negotiate collectively with tech platforms after she said an adopted amendment offered by Sen. Ted Cruz (R-Texas) impeded the bipartisan agreement senators reached ahead of the Thursday meeting.

Members of the Senate Judiciary Committee were slated to vote on a revised version of the Journalism Competition and Preservation Act, but Klobuchar asked to hold it after Cruz’s amendment was adopted by a one-vote margin by the Republicans on the committee.

“I think the agreement that we had has been blown up,” Klobuchar said.

Read more from The Hill