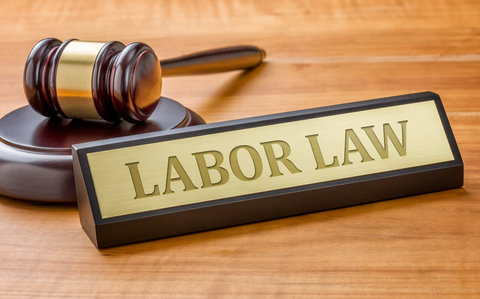 In response to a question from an America's Newspapers member, Camille Olson of Seyfarth Shaw said the Final Rule will not affect newspaper carriers, as there is a special exemption in this law for anyone who delivers newspapers or shopping news to the ultimate consumer.  So this Rule is not relevant to those carriers’ relationship.

The Final Rule published Thursday, Jan. 7, in the Federal Register by the U.S. Department of Labor with regard to "Employee or Independent Contractor Classification" uses an "economic reality" test to determine a worker's status. It is currrently scheduled to become effective March 8, 2021.

The Final Rule considers whether a worker is in business for himself or herself (independent contractor) or is instead economically dependent on an employer for work (employee).

The Department of Labor says it is emphasizing these factors "because they are the most probative of whether workers are economically dependent on someone else's business or are in business for themselves."

Three additional factors also were identified, though they are less probative than the core factors:

A legal update published by Seyfarth Shaw says that it remains to be seen whether President-Elect Joe Biden’s administration will permit the final rule to take effect, whether it could be rejected under the Congressional Review Act and whether certain state attorneys general might seek an injunction against the rule.

Comments filed by Seyfarth partners Camille Olson and Rich Lapp on behalf of business, human resource and other organizations (including the Coalition for Workforce Innovation and the U.S. Chamber of Commerce) are referenced 54 times throughout the Final Rule. CWI’s comments are cited 23 times. America's Newspapers is a member of CWI.

Olson, who serves on the America's Newspapers board of directors, noted that newspaper newsroom relationships with freelancers are cited as indicative of the independence of the worker on the last two pages.

Olson explained: "The Final Rule is a balanced approach and a modern interpretation of the economic realities test for independent contractor status under the federal wage and hour law.  Recall that under 213(d) of the FLSA, newspapers also have a specific exemption from the FLSA’s obligations to pay minimum wage, overtime and recordkeeping for newspaper carriers who deliver newspapers or shoppers to the ultimate consumer. That exemption is also incorporated into some state wage and hour laws."

The two newsroom examples cited in the Final Rule:

(5)(i) Example. An editor works part-time for a newspaper. The editor works from home and is responsible for assigning and reviewing many articles published by the newspaper. Sometimes she also writes or rewrites articles. The editor is responsible for determining the layout and order in which all articles appear in the newspaper's print and online editions. She makes assignment and lay-out decisions in coordination with several full-time editors who make similar decisions with respect to different articles in the same publication and who are employees of the newspaper.

(ii) Application. The journalist is not part of an integrated unit of production of the newspaper, indicating independent contractor status. His work is limited to the specific articles that he submits and is completely segregated from other parts of the newspaper's processes that serve its specific, unified purpose of producing newspapers. It is not relevant in analyzing this factor that the writing of articles is an important part of producing newspapers. Likewise, the fact that he works at home does not strongly indicate either status, because the nature of the journalist's work is such that the physical location where it is performed is largely irrelevant.

View the Final Rule published in the Federal Register