Maximizing tech a goal, she says 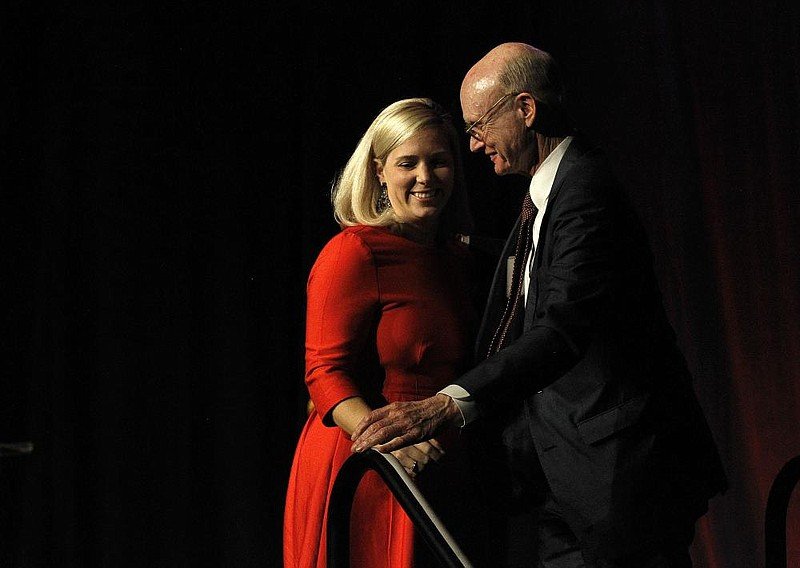 Eliza Gaines has been promoted to executive editor of the Arkansas Democrat-Gazette in Little Rock.

For the past two years, she has served as managing editor of the newspaper.

Publisher Walter E. Hussman Jr. made the announcement on Monday.

“She’s been doing an excellent job,” said Hussman. “She had a rough go of it. On her first day, she had to send everybody home because of COVID.”

“I think our staff has adapted really well,” said Gaines.

Because of the pandemic, much of the newspaper’s staff is still working from home.

Gaines is Hussman’s daughter and the fourth generation of the Hussman family to be in the newspaper business. She is a former editor of The Sentinel-Record in Hot Springs. She was a travel reporter for the San Francisco Chronicle before earning a master’s degree in journalism in 2012 from the University of North Carolina.

Prior to serving as managing editor, Gaines was WEHCO Media’s vice president of audience development, serving the Democrat-Gazette and other newspapers operated by the company. She’s the first woman to lead the newspaper, which was founded in 1878.

“I’ve been impressed with the way Eliza has handled the increase in resources and responsibility,” said Nat Lea, president and CEO of WEHCO Media. “The move from The Sentinel Record to the the Democrat-Gazette newsroom has gone very well. I know the time is right for Eliza to use this additional position to further improve our coverage.”

The last person to hold the title of executive editor at the newspaper was Griffin Smith, who resigned in May 2012.

But much has changed since then, with the Democrat-Gazette making a major shift away from print toward a digital replica of the newspaper that can be read on computer screens. The digital push also includes the Arkansasonline.com website.

“My goal as executive editor is to devote more time and energy to the quality of our news products,” said Gaines. “We aren’t just a newspaper anymore, and we must maximize the technological capabilities of our digital platforms. We are the largest news source in the state, and I want to expose new readers to all of our products and remind existing subscribers why their investment matters.”

“She’s a young, bright woman who’s committed to journalism,” he said. “We see her leading our organization for many many years into the future. This promotion to executive editor is a natural progression.”

Gaines said she and her husband Alec Gaines will welcome their fourth child in March.

“At the end of February, I will vacate my role as managing editor,” she said.

Gaines said she’ll take a leave of absence from then until the beginning of September. She said she’ll be involved in newsroom decisions as executive editor during her maternity leave.

Hussman said a search is underway within WEHCO to find a new managing editor for the Democrat-Gazette. If one isn’t found within the company, the search will be broadened, he said.