DOL ruling allows for reporters, photographers to be treated as salaried employees 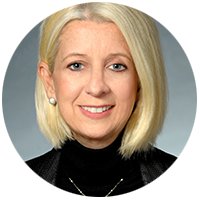 We are grateful to Camille Olson, Richard Lapp and the team at Seyfarth for their tireless work in bringing clarity to this important issue for publishers.”
Dean Ridings, CEO, America's Newspapers

Read the opinion letter issued by the Department of Labor

Camille Olson of Seyfarth Shaw encourages newspapers to take a fresh look at the specific duties of its reporters and photographers, guided by the guidance provided in the Opinion Letter.

Yesterday, the United States Department of Labor published four opinion letters in response to requests for an opinion regarding an interpretation of various aspects of federal wage and hour laws. One of those requests, Opinion Letter FLSA2021-7, on behalf of unnamed members of the America’s Newspapers membership, requested the DOL provide guidance as to whether local small-town and community news source journalists are creative professionals under the Fair Labor Standards Act, and thus, exempt from the FLSA’s obligations to pay overtime as a result of federal law.

The FLSA’s creative professional exemption allows newspapers to pay reporters and photographers a salary as opposed to hourly if their primary duty requires “invention, imagination, originality or talent in a recognized field of artistic or creative endeavor.” 29 C.F.R. 541.300(a)(2)(ii).

The DOL recognized that in light of technological advancements that have changed the way in which news is gathered, packaged and reported, including a focus on “context-based” reporting rather than the “just the facts” approach of decades past, prioritizing substantive analysis and commentary in reported stories, has changed the nature of the written and analytic component of journalism for print, broadcast and digital media employers.

The DOL concluded that, under a fair reading of the creative professional exemption:

The DOL agreed that the following journalist duties and requirements are within the creative professional exemption:

America’s Newspapers Board Member Camille Olson, of Seyfarth Shaw LLP, described the Opinion Letter as the first guidance provided by the Department of Labor that recognizes that technological changes and evolving consumer preferences for news stories that provide original, creative, individualized analysis and perspective on topics is not limited to work performed by journalists at major national news outlets, but also is applicable to work performed by journalists at local newspapers and television stations. The Opinion Letter also makes clear that, contrary to prior Department statements and positions, the routine editing of a journalist’s work product and editorial review does not constitute “substantial control” by the newspaper.

Olson encourages newspapers to take a fresh look at the specific duties of its reporters and photographers, guided by the guidance provided in the Opinion Letter. Unless a contractual or applicable local law requires a reporter or photographer to be treated on an hourly basis, the newspaper may have the option of treating the journalist on a salaried, overtime exempt, basis if their primary duty includes the above-described duties, and they are paid a salary of at least $684 a week or $35,568 annually. Olson predicts that the Opinion Letter’s modern, balanced, critical analysis of specific duties of today’s local journalists will serve as helpful guidance now, and also in the coming years, for newspapers, digital media companies and local broadcasters.