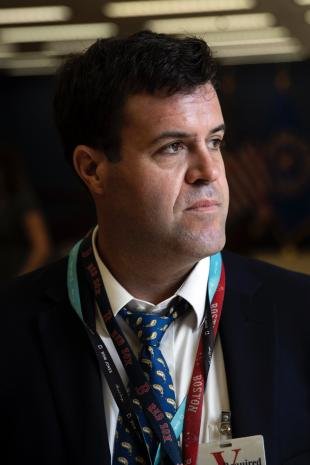 I’m very happy to let you all know that we have hired Del Quentin Wilber to become the new Washington investigations editor.

Del is currently a White House editor at the Los Angeles Times where he supervises a team of reporters, assigns stories and edits spot and enterprise news. Prior to that assignment, Del was a Justice Department reporter at the Los Angeles Times, The Wall Street Journal and Bloomberg News. He’s deeply sourced in Washington in areas that are heavy in news and he will bring his sourcing and sense of story to his work with our team.

Del is also an accomplished best-selling author. His book “Rawhide Down: The Near Assassination of Ronald Reagan” was a highly praised work of narrative nonfiction that was on The New York Times bestseller list. His second book, “A Good Month For Murder: The Inside Story of A Homicide Squad,” told the story of the homicide unit in Prince George’s County, Md., during a particularly brutal month.