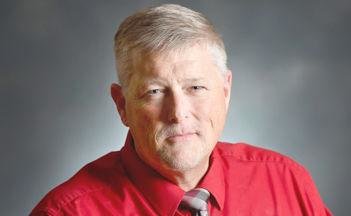 Chip Minemyer, editor of The Tribune-Democrat in Johnstown, Pennsylvania, and a regional editor working with the The Times-News of Cumberland, Maryland, has been promoted to general manager of both papers, Publisher Robert Forcey has announced.

“Chip’s dedication to the job and to both papers has been excellent over the years,” Forcey said.

“This is a well-deserved promotion that is going to allow him to further his career and give us another tier to help steer the ship.”

Minemyer will continue as editor in Johnstown and in his role as regional editor for CNHI newspapers in Pennsylvania, Maryland, Ohio, West Virginia and North Carolina.

As general manager, Minemyer expands his oversight to areas of the operation beyond the editorial department.

“There is more responsibility on the business side of what we do,” Minemyer said. “I am excited about that.”

Minemyer said his familiarity with more than 150 employees across the two organizations gives him confidence in the newspapers’ continued success.

“I have spent a lot of time in Cumberland over the years and I know that market really well, in addition to Johnstown,” he said.

Minemyer was named editor of The Tribune-Democrat in 2004. He left the paper in 2012 when he was named executive editor of the Centre Daily Times in State College, but returned to Johnstown as editor in 2014.