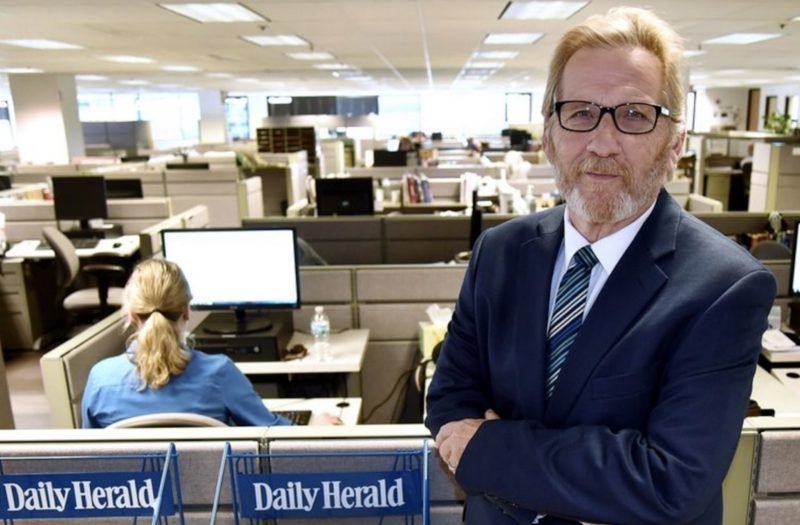 It’s been the privilege of my career to work for John Lampinen. I’ve never known a more thoughtful, dedicated and down-to-earth professional or a finer gentleman.

Dec. 31 marks his retirement after 48 years at the Daily Herald (Chicago, Illinois), including the last two decades as editor. Over that time he has influenced and inspired countless journalists in the Chicago area and beyond.

Lampinen, 70, was born in Waukegan and graduated from the University of Illinois at Urbana-Champaign. Except for a brief time in Minnesota, he worked for the Daily Herald since he began as a reporter in 1973. He moved up the ranks at Paddock Publications before being named executive editor in 1998 and editor in 2001.