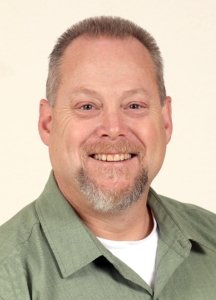 Green has over 38 years of experience in the production environment, beginning in Calgary Alberta, Canada, and joined Wick Communications in February 2002 as the production manager of the Sierra Vista Herald/Bisbee Daily Review and in 2006 he was promoted to production director of Wick Communications. Green has held leadership roles with IT, composing, press, prepress and distribution during his career. Green led Wick’s publications into Central Design in 2010 and was instrumental in installing 50+ Goss Community printing units throughout Wick in 2012. Green’s focus is on quality controls and job tracking implementation, training/retention programs and management information systems.

“We are excited to have Scott back at Wick Communications,” said Francis Wick, CEO. “His wealth of knowledge and prior experience helping Wick build out many of our production facilities, makes him a wonderful fit to return and help lead us again.”

Scott and his wife, Cheryl, enjoy being back in Sierra Vista with family and Green looks forward to new opportunities and challenges at Wick Communications.