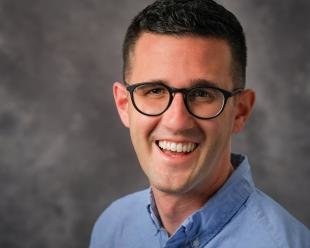 "Earlier this year, the AP announced that challenges to democracy would be a key coverage priority for 2022 and beyond. I am thrilled to announce that as part of this crucial effort, we are launching a significant expansion of AP’s approach to politics, democracy and elections coverage in the United States.

"Steven Sloan, who currently oversees political news in Washington, will lead this broader effort and an expanded team as deputy Washington bureau chief for U.S. politics and elections. Steven, who managed AP’s coverage of the 2018 midterms and the 2020 presidential campaign, is a dynamic newsroom leader and editor with a strong track record of overseeing exclusive and distinctive political journalism.

"With Steven at the helm, AP will produce a single, cohesive and expansive U.S. political and elections news report that unifies our journalism produced in Washington with reporting from bureaus nationwide. This area of coverage will be broad and include everything from elections and campaigns to threats to democracy, voter attitudes, misinformation, how elections are administered and the impact of new voting laws. Crucially, this team will connect its reporting to people across the country, particularly to historically marginalized communities who face new hurdles to the American right to vote — and have their votes be counted.

"This is a new approach for AP, but one that amplifies our longstanding commitment to fact-based reporting on elections, politics and public opinion. That remains the core of our mission.

"The team also will include two new positions posted recently: a democracy news editor and a national political reporter.

"Steven will also lead an expanded team of political reporters based across the country, building on one of AP’s core strengths and advantages — our nationwide footprint. This group will include AP staff who now cover politics in some key states, as well as new positions that we’ll post in the coming weeks and months. This is a story AP will truly own by telling the American political story from communities across the country where our journalists live and work each day.

"The expanded U.S. politics, democracy and elections team will build on the existing partnership with AP’s strong state government team, led by editor Tom Verdin. In his new role, Steven also will work even more closely with the AP’s stellar Decision Desk and public opinion research teams, led by Director of Public Opinion Research Emily Swanson, coordinating and directing our coverage of elections.

"And, of course, Steven and this expanded team will continue to partner with the fantastic journalists in the Washington bureau.

"Please join me in congratulating Steven."