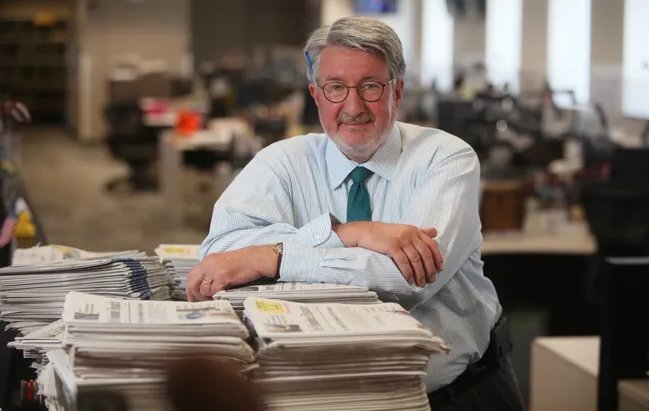 After leading The Columbus (Ohio) Dispatch newsroom through one of its most challenging transitions, Executive Editor Alan D. Miller announced to the staff on Wednesday that he will retire at the end of this year.

Miller, 61, has worked for The Dispatch for 37 years and has been in the newspaper business full-time since 1982, when he started working as a reporter, photographer and editor for The Daily Record in Wooster. In his current role, he also serves as Ohio regional editor for the USA TODAY Network of 21 daily news organizations in the state and is site leader for Dispatch operations in Columbus.

While Miller will retire from The Dispatch late this year, he said he won’t be leaving journalism. He plans to continue teaching journalism at Denison University, where he has taught each semester for 22 years, and take on an expanded role as the liberal arts university in Granville grows a journalism major approved by the faculty there in May.

Read more from The Columbus Dispatch