Local news outlets made eligible for relief funds to keep journalists on the job, report news 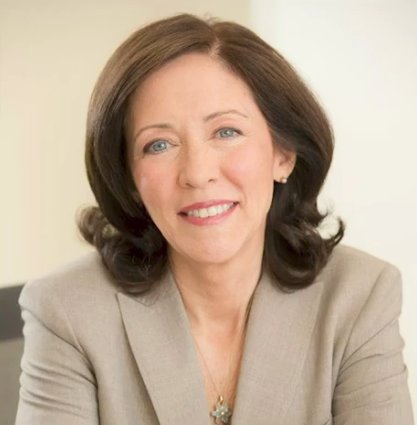 Pandemic has devastated local media outlets that were already struggling — Cantwell report finds that total newspaper revenue will have dropped by nearly 70% by end of 2020.

The bill provides $284.5 billion for the entire Paycheck Protection Program, a new infusion of cash for a program that has been a lifeline for small businesses across the country, including 108,000 Washington state small businesses and nonprofits who received $12.5 billion in PPP loans. Cantwell’s provision makes over 100 newspapers and broadcasting stations throughout Washington newly eligible for PPP funding, and more than 2,000 newspapers and 3,384 TV and radio stations newly eligible nationwide.

“During this pandemic, local newspapers and broadcasters must continue to communicate vital COVID health data, including lifesaving information about public health guidance, the vaccines and vaccine distribution,” said Senator Cantwell. “Local news is essential. It makes our communities — and our country — stronger by asking important questions, providing accurate facts, and countering misinformation and disinformation. This bill will make more newspapers, TV and radio stations, and public broadcasters eligible for the Paycheck Protection Program so local reporters can keep us informed.”

Alan Fisco, president of America's Newspapers and president of The Seattle Times Co., said: "The expansion of small business loans to many newspapers that did not qualify initially will be a huge benefit to our industry while protecting ever-shrinking newsroom ranks.  Special thanks go out to our legislative champions including, Senators Maria Cantwell, John Boozeman, Amy Klobuchar, Joni Ernst and Chuck Schumer.  They along with Representatives David Cicilline and Jim Sensenbrenner introduced the initial bill, the Local News and Emergency Information Act, that led to this critical fix being included in the new stimulus bill.  The bill also allows for a second loan for those who already qualified under certain conditions."

Jon Schleuss, president of the News Guild, said: “Local journalism is facing an extinction-level event and this is an important step to stem the layoffs and closures of newsrooms across the country. This year — more than any other — has shown how essential local news is to our lives as folks ask which hospitals are overcrowded, whether schools are meeting in person and when we’ll get the vaccine to end this pandemic. I applaud Congress’ bipartisan support to save local news jobs.”

Keith Shipman, president and CEO of the Washington State Association of Broadcasters, said: “Broadcast stations across the state of Washington are deeply grateful for Sen. Cantwell’s months of leadership and tireless efforts to now ensure that all of our local stations can access much needed PPP loans for employee payroll support. There is no greater advocate for our continued service to Washingtonians and the truly trusted, local and emergency information that we provide. We thank Senator Cantwell for this bipartisan success and her continued work in support of local journalism and our democracy.”

David Chavern, CEO of News Media Alliance, said: “Newspapers across the country will benefit from the availability of small business loans made available through the affiliation waiver included in the stimulus package. Local news coverage during this pandemic has been critical, and reporters have continued to work.  We greatly appreciate the leadership and fortitude of Senator Cantwell on this important legislation.”

Bruce Pinkleton, dean of the Edward R. Murrow College at Washington State University, which houses Northwest Public Broadcasting, said: “Local information is critical for our rural listeners, especially during a crisis. We are grateful for continued support for journalists and media outlets at NWPB because it allows us to continue important operations at a time when our region and country need it most.”

Cantwell’s provision provides a fix to the Small Business Administration’s (SBA) affiliation rule, which previously prevented local news outlets that were owned by larger parent companies from accessing PPP funding. The provision would make newspapers and local radio and TV stations that produce and distribute local news and emergency information eligible for PPP funds even if owned by a larger entity as long as the individual radio or TV station has no more than 500 employees or the individual newspaper has 1,000 or fewer employees. The provision would also make public broadcasters that are operated by large universities eligible for PPP, which would benefit public radio stations like those run out of the University of Washington and Washington State University.

Additionally, for these loans to be forgiven, the local newspaper or broadcast station must spend at least 60% of the loan funds on payroll in order to keep journalists, newsroom workers and other essential employees on the job. Cantwell also secured language in the stimulus package that waives affiliation rules for local newspapers and radio and TV stations so that they can qualify fo­r a second round of PPP funding. To qualify, an individual newspaper or station must have 300 employees or fewer and meet revenue loss requirements.

Local news is a critical source of trusted information in minority communities and other underserved communities that have been disproportionately impacted by COVID-19. Black-owned newspapers and radio stations and Spanish-speaking stations have gained trust with their communities over decades, and these outlets are often the go-to sources of information for minority-owned businesses. Cantwell’s provision ensures that these newspapers and stations that were not previously eligible based on their affiliations will now be able to access PPP funding.

The inclusion of this provision in the Senate bill comes after Cantwell introduced the bipartisan Local News and Emergency Information Act of 2020 along with Senators John Boozman (R-AR), Amy Klobuchar (D-MN), Joni Ernst (R-IA), and Chuck Schumer (D-NY), and with the support of Ben Cardin (D-MD), to expand PPP eligibility to local news outlets that had previously been left out. U.S. Representatives David Cicilline (D, RI-01), Jim Sensenbrenner (R, WI-05) and Nydia Velazquez (D, NY-07) were critical in ensuring that similar provisions to make local media outlets eligible for funding were included in the House bill.

In April, Cantwell sent a bipartisan letter urging Senate leadership to ensure that future COVID relief legislation included the fix. Cantwell has repeatedly raised the issue of expanding PPP eligibility to local media outlets with hearing witnesses, and she has spoken on the Senate floor about the issue as well.

In October, Cantwell released a comprehensive report on the state of local journalism and local media outlets in the United States. The report highlighted that local news outlets are highly trusted — one study found that Americans trust local news outlets over national news outlets by a two-to-one margin to “report the news without bias.” However, local news outlets have been decimated over the last two decades. By the end of 2020, analysts estimate overall newspaper revenue will have dropped 70% as compared to 20 years ago. Local broadcasters lost more than 40% of their advertising revenue between 2000 and 2018, and they face an additional 40% loss this year alone due to the impacts of COVID-19. And since 2005, newspapers have lost more than 40,000 newsroom employees — roughly 60% of their overall workforce. Analysts expect local newspapers to lay off another 7,000 newsroom employees as a result of COVID-19, leaving only 30,000 left.