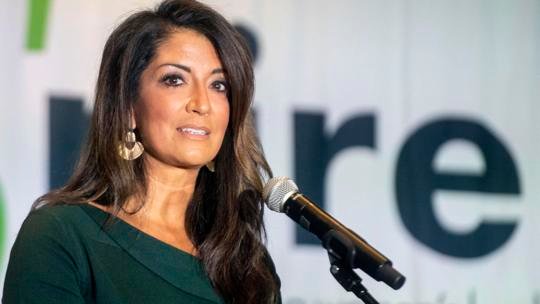 “Time and time again, Ava has succeeded in key leadership roles within our company,” said Nathan Bekke, Lee operating vice president and vice president — consumer sales and marketing. “She has consistently demonstrated that she has the talent, energy and experience to lead our digital media organizations at a very high level, and I know that our properties in Omaha, Lincoln, the rest of Nebraska and Iowa are in great hands.”

Bechtel, who is leaving Lee to pursue ownership and operation of a business founded by her family in 1967, has been president and publisher of the World-Herald since 2018. The transition is effective Nov. 1.

Thomas joined Lee Enterprises in 1995 and advanced to several leadership positions at the Lincoln Journal Star, including advertising director and general manager, before being named publisher in 2014. She was named a senior corporate sales executive by Lee in 2015.

“As a native of Nebraska, I have always admired the World-Herald’s commitment to Omaha and the state,” Thomas said. “I look forward to working with this great team and contributing to its long legacy of civic leadership and business innovation.”

“Julie Bechtel has been an outstanding leader for Lee,” Bekke said. “Her experience will be missed, and we wish her the very best in her business ventures moving forward.”