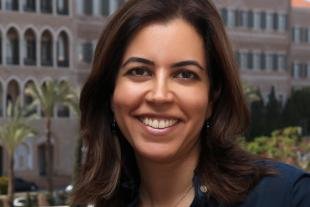 In a memo to staff on Tuesday, Vice President and Head of Global News Gathering Paul Haven and News Director for Europe and Africa James Jordan announced a key appointment:

"We’re thrilled to announce that Zeina Karam, The Associated Press’ current news director for Lebanon, Syria and Iraq, has been named deputy news director for Europe, rounding out the region’s leadership team at a time of deep importance for the world.

"In her new role, Karam will report to Europe and Africa News Director James Jordan and focus on elevating AP’s coverage of major stories such as the war in Ukraine, the future of Putin’s Russia and the wider European project, the cost-of-living crisis, migration, and the impact of climate change on the region. She will relocate to London and take up her duties in the coming months.

"Karam, 49, has reported on political crises and conflict in the Middle East for more than two decades, leading coverage of the war that broke out in Syria in 2011, the rise of the Islamic State group and, more recently, Lebanon’s financial and economic collapse.

"She was named Beirut bureau chief in 2014, overseeing text coverage of Lebanon and Syria. In 2016, she was appointed AP’s news director for Lebanon, Syria and later Iraq, a position that consolidated leadership in video, text and photo.

"She played a leading role in the writing of a 2015 AP series of stories, 'Inside the Caliphate,' which explored life under the Islamic State group. She also co-authored, alongside The Associated Press, the book 'Life and Death in ISIS: How the Islamic State Builds its Caliphate.' A native of Beirut, Karam was part of the reporting team that won the AP Gramling Award in 2018 for documenting Syria’s war.

"Karam joined the AP in Lebanon in 1996 when the country was still reeling from the bloody 15-year civil war that ended in 1990. She holds a degree in political science and public administration from the American University of Beirut.

"Please join us in congratulating Zeina on her promotion!"