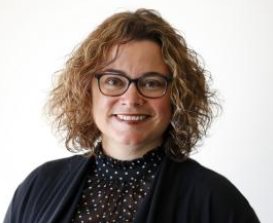 Read their memo to staff:

We are thrilled to announce that Anna Johnson, one of AP’s most dynamic and experienced news leaders, will be our next Washington bureau chief, putting her at the helm of AP’s coverage of U.S. elections and politics, and America’s foreign and domestic policy at a crucial moment for the U.S. and the world.

Anna brings to this important new role an impressive depth of experience leading news coverage across formats, both in the U.S. and internationally. She most recently served as AP’s news director for Europe and Africa, overseeing coverage of Brexit and UK elections, migration from Africa and the Middle East to Europe, the war in Ethiopia, and Russia’s fractured relationship with the West. Anna has also led our international coverage of the COVID-19 pandemic, an expansive, two years and counting effort that has resulted in some of the best AP journalism from across the globe, including rich character-driven stories, stunning visuals and deep reporting on the inequalities the virus has exposed around the world.

Anna began her AP career in 2004 as a newsperson in Chicago, then transferred to Cairo, where she reported and edited stories from across the Middle East. She returned to the U.S. in 2009 to take a leadership post in the Central region and then moved to Phoenix, where she spent two years as U.S. West regional news director. In both of those roles, she was instrumental in elections coverage and coordination between the U.S. regions and Washington. She moved to London to lead Europe and Africa coverage in 2019.

Anna will relocate from London to Washington and will start her new position on Feb. 1. Washington deputies Mike Tackett and Jack Auresto will continue to lead the WDC bureau until then. We are grateful for their leadership during this transition period.

Please join us in congratulating Anna!